Marijuana and ADHD Explained + The 5 Best Weed Strains for ADHD

Groundbreaking studies have found the link between marijuana and ADHD. Medical research has proven certain weed strains to be extremely effective for treating the symptoms related to ADHD.

In this article we will look at the 5 best weed strains for ADHD and the research to back it up.

Believe it or not, medical marijuana and ADHD is more beneficial than the prescription drugs typically prescribed to ADHD patients.

Canadians are even starting to grow medical marijuana at home as a treatment method. Growing your own medical marijuana is not only cost effective, but it allows you to choose the best weed strains for ADHD yourself.

Here are a few things you should know about marijuana and ADHD, and some of the best weed strains for ADHD.

The Link Between Marijuana and ADHD

A recent study was performed involving 30 ADHD patients who did not respond well to traditional medications.

Twice a day for one month, these patients were given a mild to moderate dose of cannabis instead of Ritalin or Adderall.

At the end of the study, all 30 patients reported improvements in their concentration levels.

Every patient experienced a better quality of sleep and felt more rested throughout the day.

Almost all of these individuals have stopped using prescription medications; they have turned to marijuana for ADHD treatment instead of Ritalin or Adderall.

Medical research has shown that ADHD is directly related to low levels of dopamine. Dopamine is a chemical in the brain that plays a huge role in controlling memory and attention.

Anyone with ADHD has fewer dopamine receptors than the average person. This is taken into account when determining the best weed strains for ADHD.

Studies over the years about marijuana and ADHD have not been able to determine exactly why dopamine levels are lower in these individuals. Researchers believe the reason is a combination of environmental and genetic factors, but nobody knows for sure.

What are some common symptoms of ADHD?

Anyone diagnosed with Attention Deficit Hyperactivity Disorder (ADHD) can experience a few different symptoms. These may range from an inability to focus to hyperactive behaviours.

There are three main types of ADHD that medical cannabis will help with: inattentive, hyperactive, and combined.

Those with inattentive ADHD have an extremely short attention span. They are unable to focus for long – or even short – periods of time.

They become easily distracted and finishing the task at hand can be difficult. When choosing the best weed strains for ADHD we want to look at cannabis strains that help with focus.

Anyone with hyperactive or impulsive ADHD is someone that is always on-the-go.

They might be extremely talkative or disruptive and will have trouble sitting still.

Children with hyperactive ADHD are often the class clowns in school. They also tend to be extremely impulsive and make decisions without thinking them through.

Marijuana and ADHD is still taboo for children, but with new advances in CBD we are heading in that direction.

Combined ADHD is just as it sounds; it is a combination of both inattentive and hyperactive behaviours. Those with combined ADHD will show symptoms of both types.

When choosing the best weed strains for ADHD try to keep in mind your type.

How is ADHD typically treated?

Most doctors write a prescription for Ritalin and Adderall and not even consider the connection between Marijuana and ADHD, but these harmful stimulant medications can easily become addictive and abused.

Doctors believe that Ritalin and Adderall can help bring dopamine levels back to normal, but they can also have some unpleasant side effects.

According to WebMD, the negative side effects of Ritalin include agitation, anxiety, trouble sleeping, weight loss, and chronic headaches. Taking Ritalin regularly can even lead to increased blood pressure.

Choosing the best weed strains for ADHD can help avoid these side effects.

How can Cannabis Help with the Symptoms of ADHD?

Not only did they experience better concentration levels, but many of them had an improved quality of sleep.

Unlike prescription drugs like Ritalin, there are very few negative side effects related to marijuana for ADHD.

Even though some people might consider marijuana for ADHD to be a “gateway drug”, there is essentially no risk of developing a dependence.

The 5 best weed strains for ADHD

You can grow medical weed specifically geared towards treating anxiety, pain, and even ADHD.

For all of you lucky Canadians out there who can legally grow medical marijuana at home under the Cannabis Act, consider growing these 5 best cannabis strains for ADHD.

Seedsman is a great source for Cannabis seeds to start the grow process.

1. Green Crack by The Cali Connection

Our doctors have recommended Green Crack by The Cali Connection to help stimulate mental energy and engagement.

Green Crack got its name from the notorious Snoop Dogg for its insanely stimulating effects and has topped the list of best weed strains for ADHD.

Green Crack is a strong sativa that will give you energy in all the right ways, especially for ADHD patients.

A few puffs of this strain will allow you to mentally focus on the task at hand.

Orange Sherbet by Barneys Farm is a highly potent indica-dominant strain is a triple cross between Orange Cream, Purple Urkle, and Cherry Pie – so it basically tastes like dessert.

Orange Sherbet is a go-to option for ADHD patients.

Its heavy indica properties lead to some intense relaxation that help to decrease hyperactive tendencies.

Even if you’re used to always being on the go, Orange Sherbet will help slow things down a bit.

Raspberry Cough bred by Nirvana Seeds is a 70:30 sativa strain that creates happy thoughts and an uplifted mood.

For this reason it is ideal for treating anxiety, but it can also alleviate certain symptoms of ADHD.

It can also relax the body enough to decrease fidgeting in anyone with ADHD.

Licensed practitioners and patients alike agree that Sour Diesel by DNA Genetics is the most popular strain for treating ADHD with medical marijuana.

The reason for this is the strain’s ability to keep your mind active but also engaged.

Tasks that you normally can’t focus on will be capable of holding your attention when you use Sour Diesel as an ADHD treatment.

Goo by Norstar Genetics is an indica strain so it has the tendency to leave you feeling sleepy yet relaxed.

The main perk of Goo for as one of the best weed strains for ADHD patients is that it can help with the effects of prescription medications.

If you don’t want to stop taking Ritalin or Adderall for treating your ADHD, Goo is a necessity.

Anyone taking Ritalin for ADHD has the chance of experiencing a loss of appetite or trouble sleeping.

You can counter these negative side effects with a strain that stimulates your appetite and induces deep sleep and relaxation – a strain like Goo.

It is definitely not the best strain before work but instead should be used shortly before bed.

The Best CBD Oil for ADHD

Smoking your home-grown cannabis is not the only way to treat ADHD. Another option is to use CBD oil for ADHD.

Previous scientific studies have shown that the cannabinoids in CBD oil link to certain receptors within the human brain.

This leads to a number of benefits, one of them being reduced hyperactivity in people with ADHD.

How to Use CBD Oil for ADHD

CBD Oil for ADHD is a versatile medicine and it can be used in several ways.

Oral ingestion is one option, but vaping is one of the easiest and most convenient methods for getting your daily dose of CBD.

Vaping provides instant relief since the inhalation delivers the medicinal cannabinoids directly to your bloodstream.

Canadians treating ADHD symptoms recommend doing so with CBD oil from Seedsman. You can buy CBD oil using this link.

Canadians using the vape pens with CBD oil say that is has reduced their hyperactivity and fidgeting throughout the day.

The high concentration of CBD can also help with anxiety.

How Canadians can Grow their own Medical Marijuana for ADHD

If you are lucky enough to live in Canada, you can obtain a Health Canada license to grow medical marijuana. 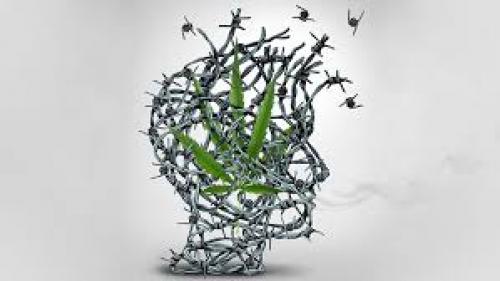